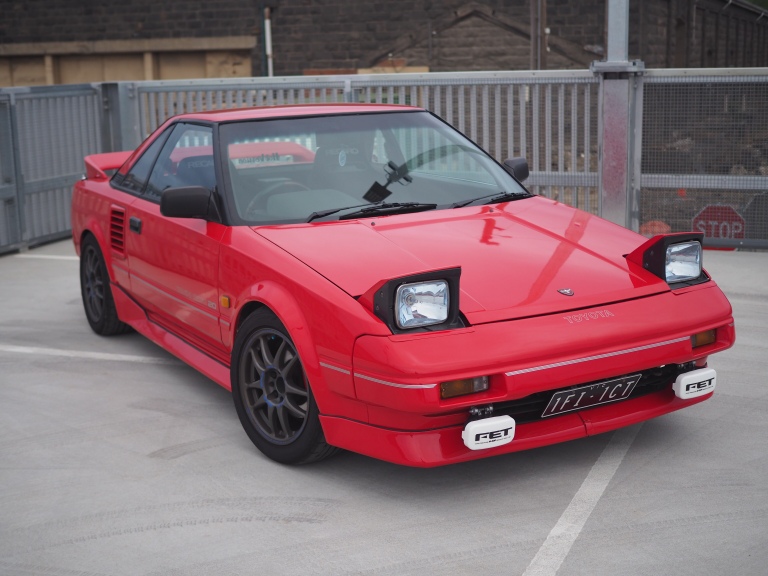 I trace my desire for an MR2 back to when I was 9 or 10 or 11, in hospital and reading an article about the AW11 in an old magazine. There was just something about this exotic little red machine that seemed exciting to that curious little kid. The MR2 was mid engined, just like Ferraris and F1 cars, but it was a Toyota so it was real! Not like those exotics that only existed in books or as toys or on TV, if you were lucky you could see an MR2 on the road.

I remember not long after that reading an article in the Encyclopedia of Supercars saying the MR2’s engine would rev from idle to redline in 1 second. I had no idea what that meant in the real world but it sure sounded like something a race car would do. I was hooked. The MR2 became a favourite.

So jump forward more years than I care to admit and I’m looking for a first import. Silvia, GTiR, Familia GTX and AW11 sc are on the shopping list. I buy a Silvia, MR2s are too hard to find. A few years later I’m shopping for a club car. An MR2 is all I want. I buy an AE86 that falls into my lap instead. A few more years pass, the AE86 falls into disrepair because it wasn’t what I really wanted, and it’s finally time. I sell it and buy an MR2. But that MR2 turns out to be too hard, and a 20v one comes up for sale. And finally, so very many years after that kid decided he’d love an MR2 one day, I find my car.

Sometimes you just need to wait until the time is right.

My car was sad when I got it. The body was dreadful, although almost rust free. The worst parts were replaced with ones from the other MR2 and the car was painted in Rosso Corsa. That’s Ferrari red for those playing at home.

BC coilovers were swapped in from the other car, as were new brakes. Work Emotion CR-Kais in 15×7 were fitted with Potenza RE003s and bolted on. A Cusco rear strut brace ties the old body together. 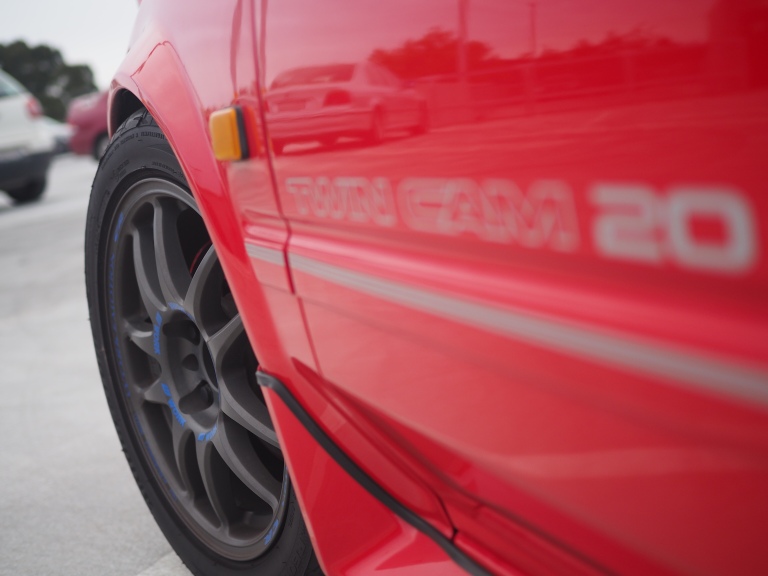 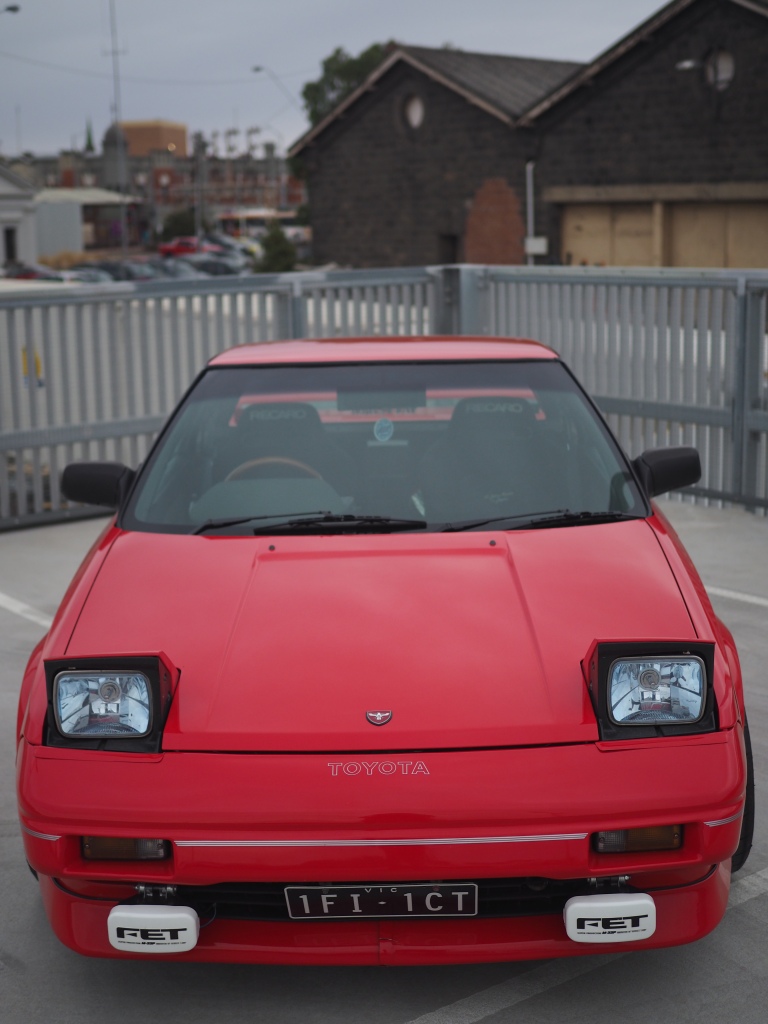 A stereo was pieced together, trying to maintain the digital 80s aesthetic. Over time the interior evolved to include a Momo wheel, Razo pedals and shift knob, and special edition Recaro SR3s in Le Mans fabric. Retrimmed door cards are coming. 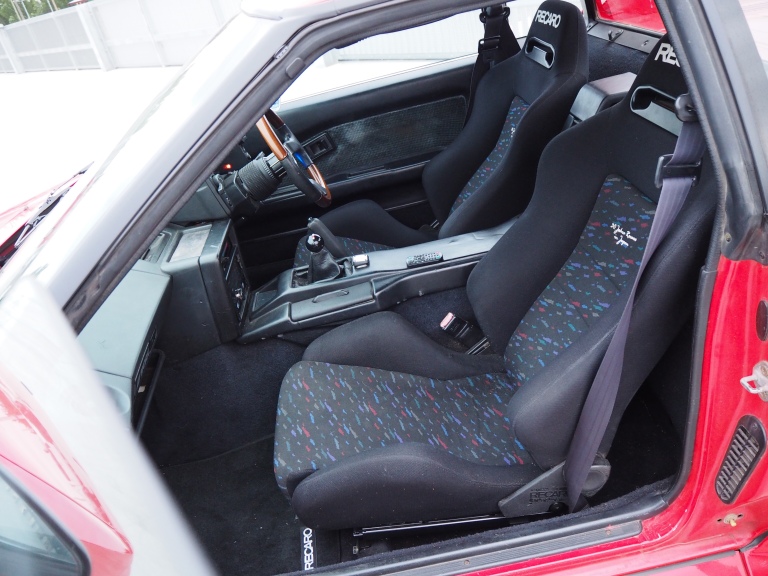 The engine is a blacktop 20v from an AE111, so open throttles with 100mm SQ Engineering stacks were an easy thing to do. An exhaust was fabricated from scratch, but aside from that it’s fairly stock for now (albeit packing 40ish more kw than the old bigport). More will come in time, including proper detailing of the engine room! 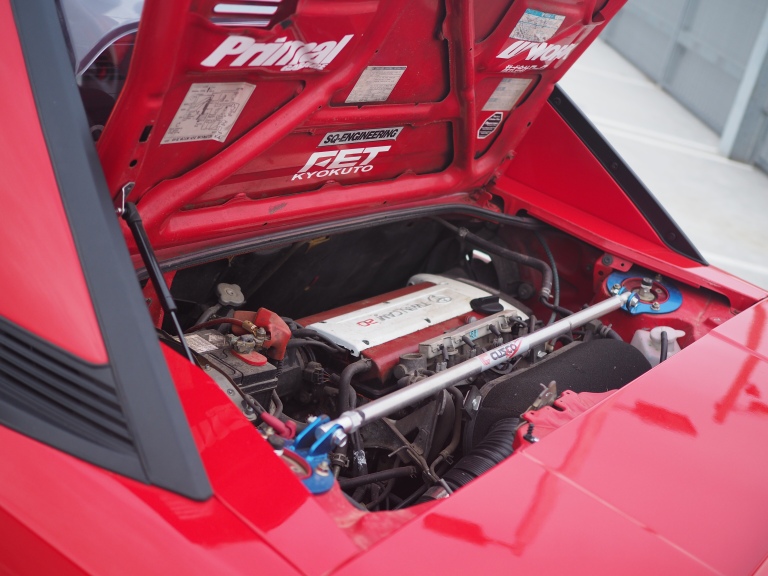 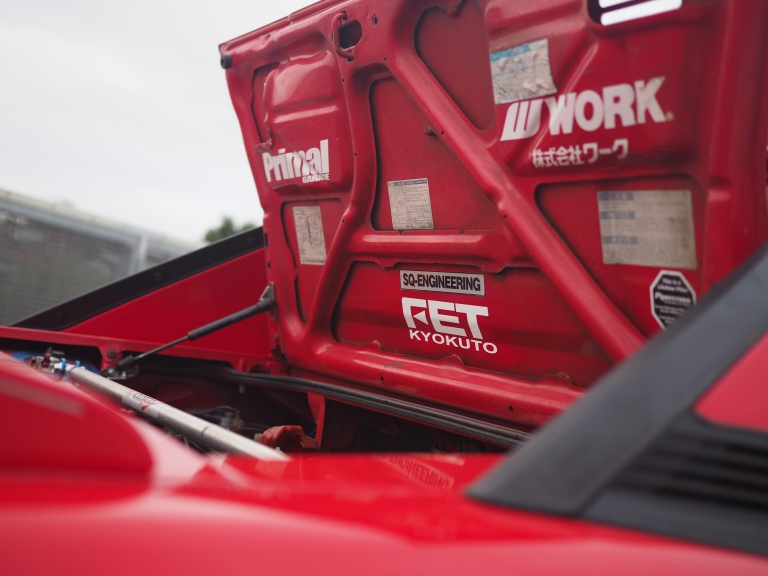 I’ve tried to build a car that shows to the world that this is the car I’ve wanted since I was a small child, not something I bought because I couldn’t afford something better. I hope all the small details show that. And in the end, this car drives exactly as I think I imagined all those years ago. It makes the right noises, it goes exactly where you point it, and it has such a youthful, joyful little spirit that you just can’t help but smile behind the wheel. 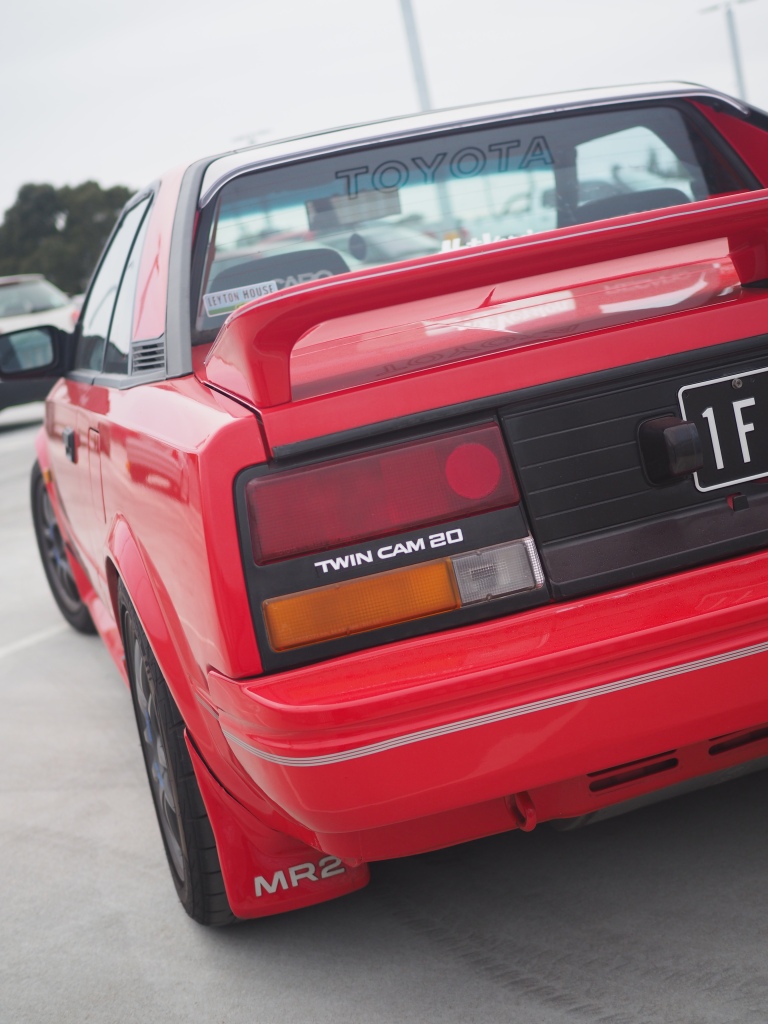 The wait was worth it.