“You may be outside of one box, but it doesn’t mean there are no more boxes” 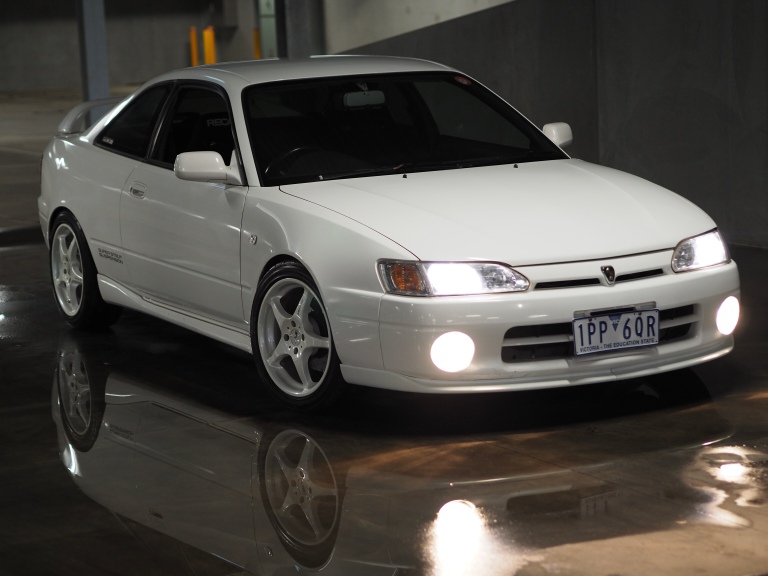 When I think back to why I got involved with Japanese cars, and imports in particular, the thing that keeps coming up as having been the number one motivator was that they were different. They challenged the Australian orthodoxy. There was something exotic and unusual about them. 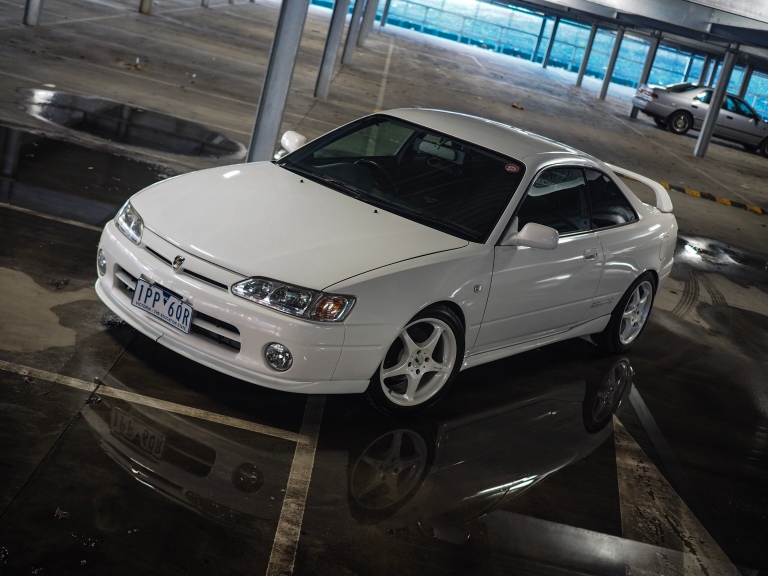 These days, though, there’s a new orthodoxy amongst the import community. I guess that comes hand in hand with arriving in the mainstream. Within this new orthodoxy if the car isn’t RWD, turbocharged and from the 80s or 90s it’s not worth knowing about. Everything has to be “driftable”. There are so many rules these days in a community that started off being about breaking them.

I’ve been waiting a little while before I did a machine check on this one, because I wanted it to become mine before I sent it out into the world. I guess the way I approach modifying a car is to try and make it a representation of my vision of what that particular car should be. I think I’m pretty close now with this one.

When I got the car it had the makings of something good, but it was incomplete and it was someone else’s vision. It came with MRP coilovers, a Fujitsubo Legalis-R cat back, the Gram Lights 57Vs and upgraded brakes, but that was it. It was a start, but it certainly wasn’t an end. 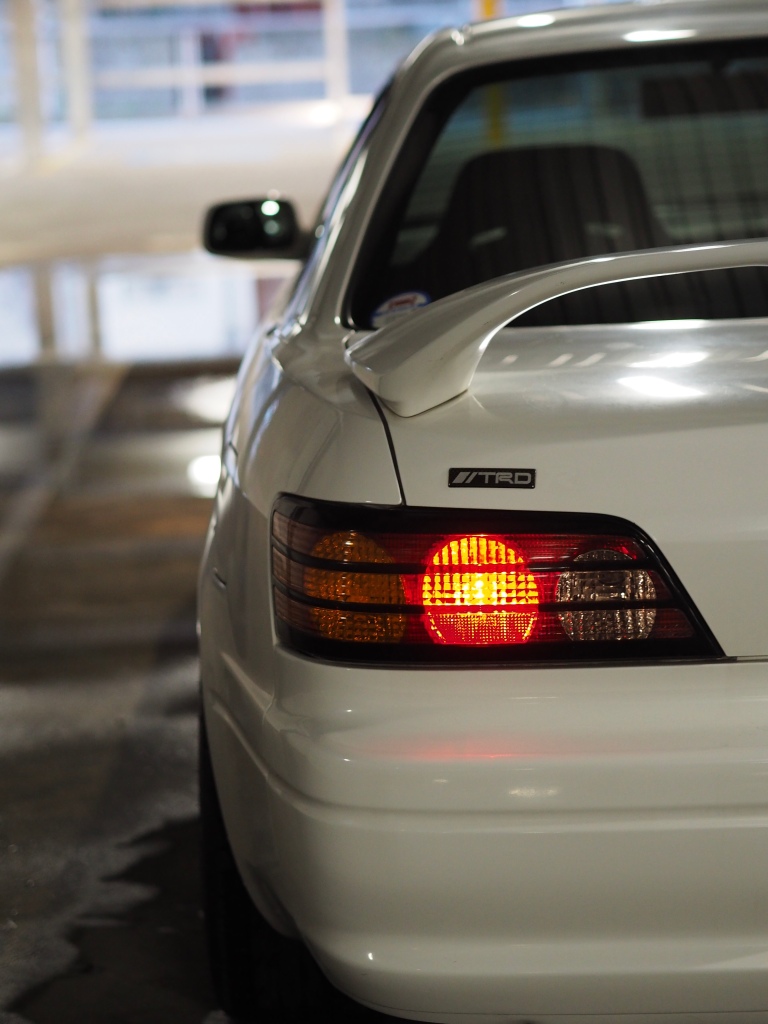 After living with the car for a few weeks I went from not minding the wheels, to being ambivalent about them, to actively hating them. They just weren’t right, and gave the car an oddly bloated, round look. Off to Croooober, then, where a set of pearl white 16×7 SSR Integral A2s was waiting for me. With these wheels bolted on the car takes on a completely different appearance, more period correct and yet somehow more modern. The suspension snuck down slightly at the same time, and that with the smaller tyres dropped the whole thing about 30mm. It looks and feels more sucked down to the road now.

Under the bonnet my VVT issue has been addressed by having a brand new VVT pulley fitted, and I’ve added 100mm SQ Engineering velocity stacks to the stock ITBs along with Fujitsubo headers, Beatrush cooling panel and Sard radiator cap. The engine looks and performs much better than it did when I got it following this combination of repair and modification, and a couple of other things planned should finish it off nicely. 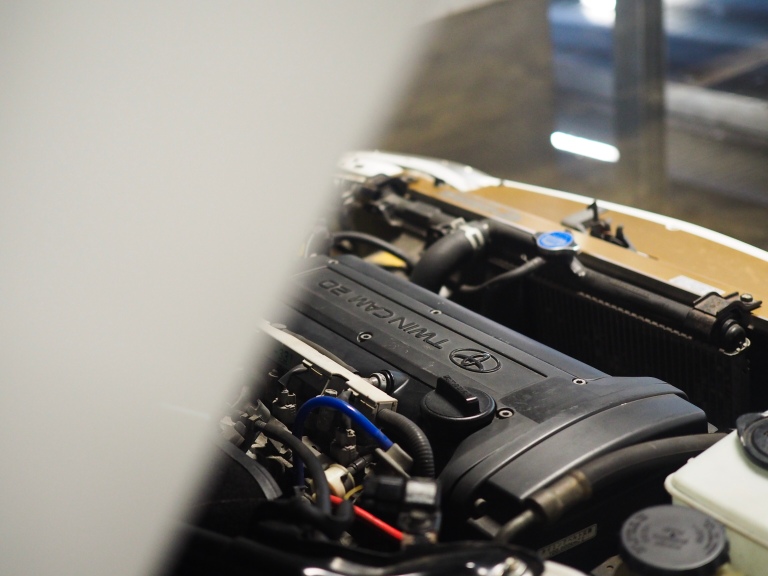 The interior has also seen an upgrade. An option in these cars from factory was a Recaro interior featuring Le Mans SR2s with black door cards and a Le Mans trimmed rear seat. I just happened to own a pair of Le Mans SR3s in special edition “30 Jahre Recaro in Japan” trim (featuring the anniversary branding on the front and rear headrest logos), so it made a fair bit of sense to fit those. Some Juran rails bought through Streeter Corporation made that an easy job, and then I treated the door cards to some matching Le Mans fabric. I still need to do the rear seat. The completed setup will look like the original factory option interior, but just that little bit better. My old Kenwood 2din head unit has been fitted and some new speakers have replaced the 21 year old factory ones. It’s all an improvement, not a reinvention, because that’s all the car needed. 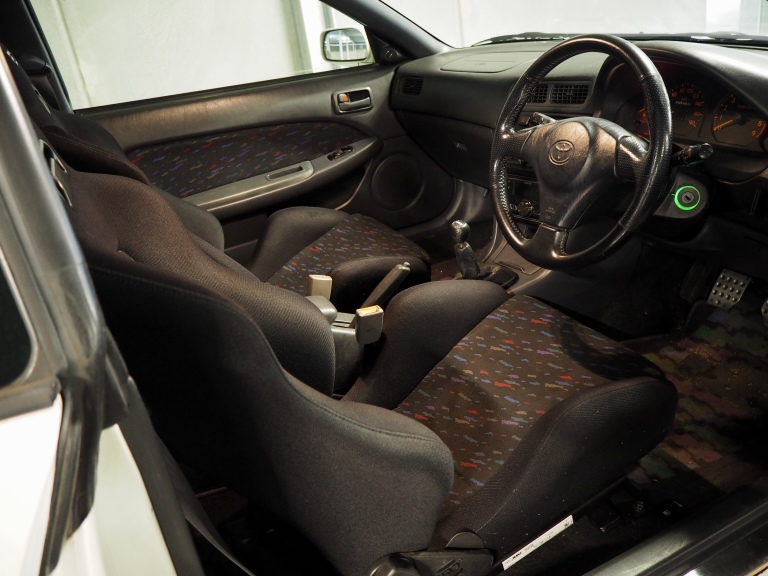 Outside I’m still waiting for the car to get a full repaint, but it presents well enough in the interim. Every time I walk towards this car I feel happy. It looks almost perfect in my eyes. 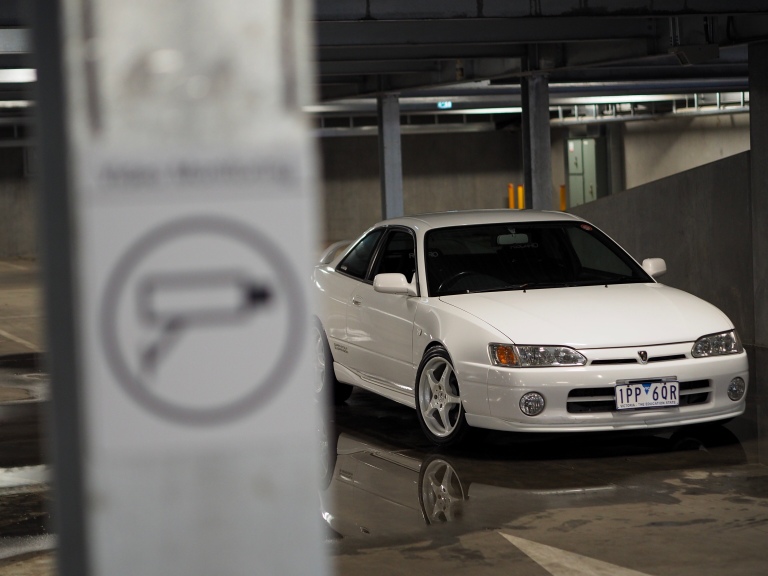 But back to that orthodoxy. This is a great car not despite being FWD but BECAUSE it is FWD. There’s something so exciting and rewarding about a FWD sports car, the way they sort of urge you to just push that little bit harder, carry a little bit more corner speed, pick up the throttle a little bit earlier. The way they reassure you that if you do all those things they won’t bite too hard. As someone who has had a lot of RWD cars I find myself always examining the way I drive this car and trying to find ways to get better at it. It’s so much fun that whenever I drive the car “spiritedly” I feel like all the RWD-only people are just, well, missing out.

But as sad as that is for those people, it’s the way I like it. I still like being different with my cars. Challenging the orthodoxy. I love the feeling that lots of people just don’t quite get what I get.

The stable somehow feels that bit more complete now with the extra variety that a FWD brings. To twist the tired old meme into something hopefully more interesting, life’s too short to drive the same old cars over and over again.